Making my bra-shirt part I

This week I've been doing a lot of sewing. First I started making my bra-shirt. Bertus helped with getting the pattern right. It consists of four pieces, two for the front and two for the back. I put lining in fine linen inside, to add some extra sturdiness. The outer fabric is medium linen that has a very tight weave. At the bottom of the bra, right under the breasts, I sewed in a strip of very strong linnen twill tape for extra support. 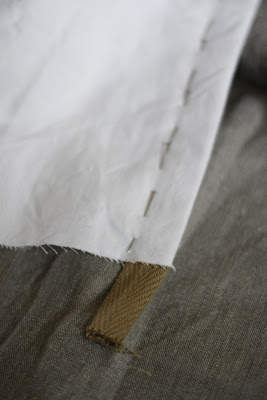 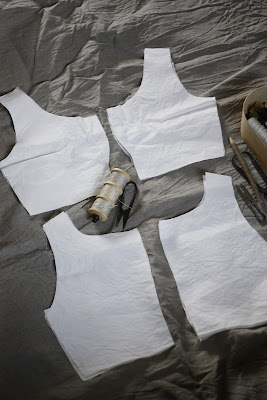 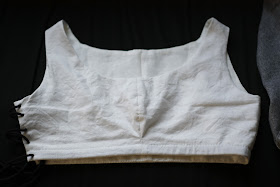 I left one side (the right side) open and made five eyelets on each side (front and back). In total this stage took me about two days.

Of course, in the original I based my bra-shirt on, there is also a skirt attached to the upper part. I thought I still had some linen lying about that was fine enough for the purpose, but I was mistaken! It was all used up in frilled headwear :-) 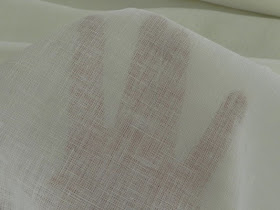 I ordered some new linen (see pic above) but it hasn't arrived yet. So the skirt will have to come later. There are some other details I want to add too. I will sew a fingerloop braid or some tablet weaving to reinforce the neckline. I want to add some simple embroidery to the reinforced strip at the bottom of the bra, and I hope to attach the skirt to the top using interlacing stitch, but I will have to practice a lot first!

Until then I'll at least be able to wear it in it's current state. It also finally allows me to refit my woollen dress properly. I started on that too but still have to sew on 12 or so buttons before it's done. It has to be ready by Saturday morning for an event in Eindhoven. 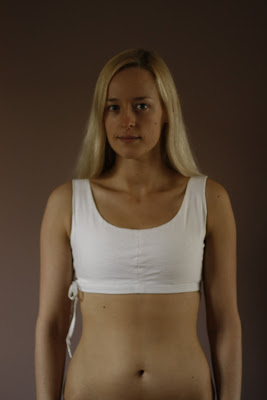 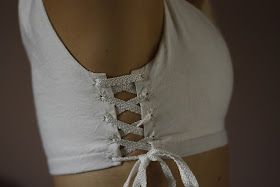 PS.: Please forgive the ugly synthetic shoe lace, I still have to make a proper linen one.